Alee and Gabe were planning their very unique and non-traditional ceremony from Massachusetts, and required some guidance and support in Maine to help with local vendor referrals, development of a production schedule, provide a sense of floor plan and overall layout and assist with day of support to ensure a good flow for the day.  Their very thoughtful ceremony, which involved a melding of Italian and Jewish religions, was quite beautiful and very carefully mapped out by both Alee and Gabe.  I was blessed to be witness to the many facets of the ritual, inclusion of family members and the reading from ‘The Velveteen Rabbit’, one of my favorite childhood stories.

Alee grew up in a renovated barn so they knew they wanted a barn wedding. “I think the most unique thing about our actual wedding day was the tremendous amount of love and care our family and friends put into all the little details such as the handmade tree branch name cards, the hand cut paper hearts and the flowers for the rehearsal dinner. It was all a labor of love.”, says Alee.  The Chandler House Bed and Breakfast allowed them the opportunity to enjoy the process and create a wedding that truly reflects their personalities, and the collaborative efforts of both families.

Alee and Gabe met in traffic!  The story goes, as I understand it:  Alee was in a rush and laid on the horn a little heavy, and Gabe realized he recognized her as a friend of friends. Later that week Alee ran into Gabe again, and while she was busy apologizing, Gabe was trying to figure out how he could get to know her better.  Alee’s first impression of Gabe: “Even from afar I sensed Gabe was a kind and gentle soul. I was right! I thought Gabe was handsome, funny and very bright when I first got to know him (not in traffic).” Gabe’s first impression of Alee: “Alee and I were friends for a long time before we finally got together, but I know I was always interested in being more than friends. When I first met her, I thought Alee was beautiful, funny, and articulate.”  Their first ‘official date’ was when Alee took Gabe out for a birthday sushi picnic on the banks of the Charles River.

Their words, describing the proposal (and me, smiling still after reading this many months after the wedding): “On a silent, snowy mountaintop in Vermont, at Saltash Mountain Camp, the Farm and Wilderness Camp Gabe attended as an awkward middle schooler.  Here was the place where Gabe learned it was okay to be a little weird.  It was the place where Gabe was the happiest, and Alee the woman who made him the happiest.  For her part, Alee had always planned that should a man get on his knee, and should she accept, she too would take a knee.  Needless to say, they were both soon kneeling, then rolling in the snow.”  Love that story!

“Some couples are “two peas in a pod,” and others are more “opposites attract.” We’re definitely the latter, which is great:  we really cover all our bases, and make a great team.  Also, we were friends for so long that we know each other really well, and have a solid base of friendship on which we’ve built our marriage.”

Alee and Gabe wanted to announce both historical and traditional explanations of the Ketubah, and declare what this ceremony means for them in a more modern and universal sense: a symbol of their commitment to each other.  Alee’s friend Lulu and Gabe’s friend Ben (along with the wedding party and family) were witness to the signing just prior to the ceremony.

Because the day was so hot (and we’re a huge fan of a welcome table), we created a sweet outdoor set up for service of lemonade and iced tea in candy jars placed inside an old sink filled with ice built into a counter that was removed from a local farmhouse.  As guests arrived, they helped themselves to a glass just prior to finding a seat.

Violinist and viola player Jeff Ellenberger played tunes such as the ‘Erev Shel Shoshanim’, ‘Josephin’s Waltz’ and ‘Ashokan Farewell’ prior to, during and following the ceremony.  Officiants Alana Alpert and Reverend Susan Wyper performed the multi-cultural ceremony beautifully.

I love this image of them, as in equally kneeling, and now equally kissing, as told in this photo.  Mazel Tov!

The abundant and gorgeous food was supplied by the most local farms and carefully prepared by the New Gloucester Village Store (one of my absolute favorite places to be on a fairly regular basis).  Sam and his crew did a tremendous job with both food and beverage service during the event.

The guest favors were wood coasters which doubled as seating assignments on the second floor of the barn and lovingly hand made and painted by Alee, Gabe and their close friends.  The barn has these beautiful wooden bookcases and shelving units that we used to fill and display the coasters among the family photos they provided to make the hunt for their name an easy and fun experience.

As the sun began to set, guests were invited upstairs for a first course service of a summer salad and assorted breads.

The table arrangements consisted of sweet and simple floral designs inside vintage apothecary bottles scattered among long rectangular tables creating little pops of color on top of a neutral and textured classic runner.  A big thank you to Affordable Events for providing the event rentals, tent and lights, as well as handling all of the set up and break down.

After Alee and Gabe cut their cake and thanked their family and friends for celebrating with them, Sam and Ben of Beat Train Productions had the crowd on their feet for the remainder of the night in the barn.  Party time!

Alee and Gabe took a trip down to Newport, RI, then up to a B&B up in Vermont right after their wedding, but the real honeymoon came the following February (the one-year anniversary of their engagement), when they flew down to the Maya Tulum yoga retreat center in Tulum, Mexico.

Alee and Gabe, thank you so much for including us in this amazing day.  We wish you so much happiness and joy for years to come! 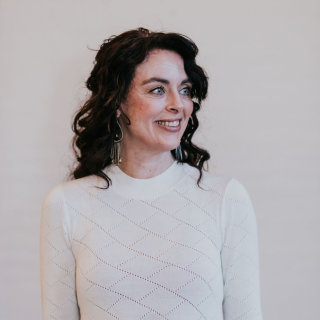 I am a passionate mother, a grateful and loving wife, an appreciative daughter, a stupendously lucky granddaughter, a very proud sister, a fortunate friend and a constant desire to live creatively, be inspired and share the love. I am also the owner and Creative Director of an event planning and prop rental business, A Family Affair of Maine. Here I aspire to share my professional experience as a party producer, host, designer, coordinator, promoter, craftsman, chef, Mom and partner in crime, not in that specific order.

Show Us Some Love

Show Us Some Love